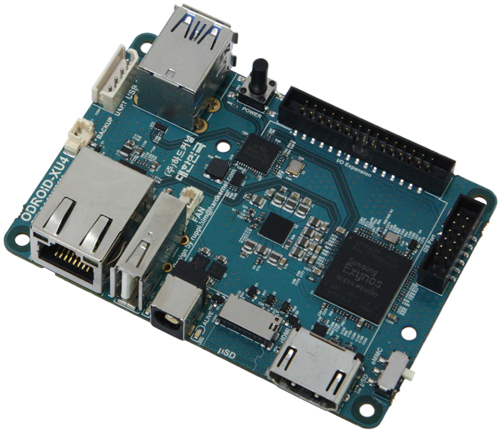 Here we will discuss how to setup Ubuntu 16.04

For our applications we use minimal image (minimal, Bare OS) without GUI. Minimal image will have much smaller size and faster boot and less overhead in general. Extract the downloaded image from official odroid webpage and use Etcher to flash it to either SD or eMMC card.

After downloading and flashing image to odroid, it is recommended to setup a user account for easier handling in the future. Plug eMMC to the odroid, and connect it to the monitor. Login using the root account (user: root, password: odroid).

It is recommended that you use static IP address if you plan to use ODROID via a WiFi network. This will reduce latency over wifi.

To set a static IP address on odroid, do the following.

Add or edit the following lines

To check your wifi card number,

Reboot the odroid and now login with newly created user.

To install ROS on ODROID follow official instructions from ROS wiki page. We assume that ROS Kinetic is used.

Install the ROS-Base: (Bare Bones) not the full desktop version

After installing ROS, you can install ROS packages that you need individually either by using apt-get or from source.

After you installed all the packages and software you might want to create an image of the entire eMMC. Plug it into the another Ubuntu running computer and execute the following comands:

You will need to install drivers as follows:

To be able to use ssh from a remote computer, you will need, sudo apt-get install openssh-server && openssh-client