Pick and Drop is a demonstration of object transportation using a drone in an indoor setup. The control can be either via a human pilot who controls the drone using a joystick to fly the drone, pick, transport and drop the object, or fully autonomous using vision feedback.

The following setup is assumed.

Always double check that you can hover the drone in POSITION flight mode, before you execute the experiments in OFFBOARD mode. 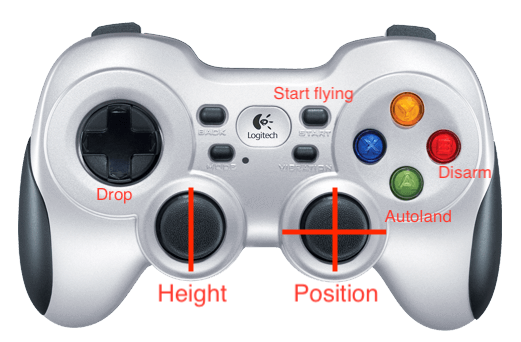