Details of RISC AUV system is discussed here, including the structure of simulation system, hardware system, localization systems, all ROS software packages with illustration, the network structure of the system and everything related.

Main functions and operating manual of simulation system is in this section.

MultiROV contains game-theoretical algorithm, protocols to communicate with ROS environment, and other essential software components. It is created based on the principle of separating algorithm parts and ROS parts so that each part can be modified individually. Note that there are two branches in this repository. The master branch is for the simulator, and the BlueROV branch is for the hardware test. However, BlueROV branch is written more cleanly and abandoned many parts that are not necessary. So I recommend using BlueROV branch for both simulation and hardware. The user can refer to commit history of this repository for detailed development process as I have clear notes while creating this project for future reference.

It’s class diagram is shown as below.

Note that only important members and methods of the classes are presented. Here are three main components:

UUV simulator as mentioned before is an open source software package to simulate underwater robots and its working environments. As it’s a big complicated package, we will only discuss some issues when using its related parts. Notice this package is modified by me so please use the version at https://github.com/luym11/uuv_simulator as it’s the version in RISC marine workstation. Also, there are some pre-requirement software packages for installing this package, they are installed correctly on RISC marine workstation. There will be some instructions about this in the last part of this appendix.

We will structure this part with ROS nodes need to run and related explanation. Then we will draw a ROS node graph as Fig[simulation_nodes] to show the relation between these components. 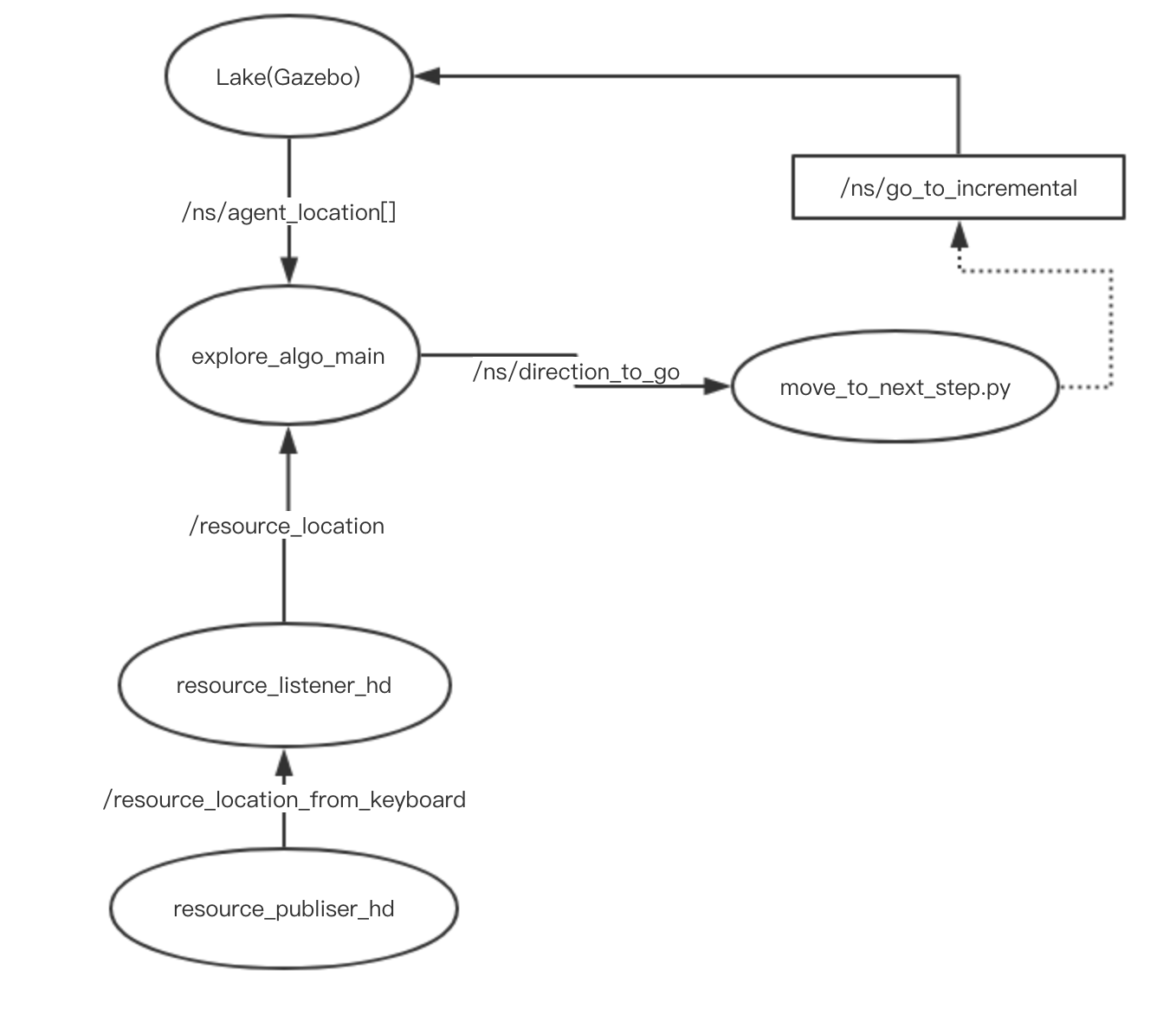 Also, this package supports useful topics and services, for example:

In this section, we will discuss the hardware implementation phase of this project. As this system consists of many parts, we will talk about them separately.

Please refer to their official website for assembly while noticing following points:

Here we are using Fathom-X to extend the ethernet longer and communicate with the Raspberry Pi inside the BlueROV. BlueROV originally comes with a companion Raspberry Pi with a system image that only allows joystick control through QGroundControl ground station, which is not what we desire. So we reimaged the Raspberry Pi with an Ubuntu Mate system, then installed related software packages there, including ROS Kinetic and BlueROV ROS package (modified) from https://github.com/luym11/bluerov-ros-pkg.

We mainly use two parts of this package. For BlueROVs, we will launch bluerov bluerov_r1.launch locally, which loads state publisher, MavROS that talks to ArduSub firmware, imu and camera equipped on the ROV. For controller from ROS via MavROS (both joystick and codes), we launch bluerov_apps teleop_f310.launch on ROS master machine because it needs a joystick for emergency operation, change of mode, arm/disarm, etc. This modified controller node can additionally take direction_to_go as input from ROS topic and control the ROV to go towards that direction with a pre-set speed by publishing to rc_override topic as the joystick does. Note this also means we can directly publish to this topic to control the ROV from the command line.

Note that for some version of ArduSub firmware, the ROV can not take commands from MavROS. For now only ROV1 associated with IP 192.168.0.111 has the correct version of firmware. This will be checked further.

For hardware basic testing, we have a water tank in RISC lab. To use it, please use the mountain climbing rope attached to both the ROV and the beam on top of the tank in case it sinks. Normally testing operation can be done by only one person as the ROV will automatically float on the surface when disarmed.

As mentioned before, a localization system is essential for both knowing the positions of agents and resources. Also it’s needed for waypoint feedback control of the ROVs. We will introduce two methods we have so far.

For USBL method, we use Tritech USBL devices. Transponders will be installed on ROV as shown in Fig[serial] and powered from the battery there. Transceiver is powered by it base controlled by software on windows machine and data will be transferred to ROS master PC from serial port. Related ROS package is at https://github.com/luym11/RISCusbl. So the overall architecture is shown in Fig[usbl_archi].

When using this system, please use the specifically made serial port reader as Fig[usbl_on_rov] for its voltage level.

As the defects of USBL system mentioned before, we finally used a vision-based method for this stage of hardware test. Here we chose to use Apriltags to mark the ROVs and use a fisheye camera with related packages to give relative locations of each marker. Then we use a ROS node called location_bridge to publish these locations to agent_locations[ ] topics as we did for Gazebo, thus close the control loop.

First, we need to choose a proper camera and calibrate it. After testing different kinds of camera, we finally chose the fisheye camera and calibrated it using a ROS camera calibration package. This localization system is installed on a DJI matrice 100, with an on-board computer as shown in Fig[dji_top] and Fig[dji_down].

Then package at https://github.com/luym11/apriltags2_ros is used to detect markers. Test indoor and outdoor showed its good performance as shown in Fig[marker_out].

We used Odroid with WiFi communication to RISC marine router to send detected locations to ROS master computer. Three software components are running on the odroid:

The odroid image is also stored in RISC Google Drive.

The software running on PC is a location_bridge node, remap these coordinates and publish them to agent_locations[ ] topics instead of the Gazebo environment. With this architecture, we can create a closed control loop.

The overall system architecture is shown in Fig[ros_hard]

All the commands need to run for one robot open-loop test with this set up are as follows, note the algorithm part is not included in the test now, but as we have the localization system, there is not too much work to close the loop as the architecture graph shows.

So the network architecture of this system is Fig[network]

It’s recommended to use rosbag and rqt_multiplot to record and represent data, respectively.

As there will always be something forgotten, a list of carryings when going outdoor test is created and maintained.

teleop issue
Rebuild this package from source or use apt-get