Why did I need two computers, you ask? One computer, the Jetson TX2, had good performance in object detection tasks because it had a GPU, and GPUs greatly enhance the speed of neural networks which are used in object detection. The other computer, the Intel NUC, had good integration with the RealSense camera which is the de facto officially supported camera for the PX4 obstacle avoidance ROS package. The idea is to have the best of both worlds by having them both on the drone. This requires setting up a network. Note that these two computers are on the drone, so it makes sense to establish a wired network between them to ensure stability of the connection, and this is why an Ethernet cable is used.

In order to communicate with the onboard computers from the ground control station (laptop), a WiFi router is used. It is desirable to be able to ping any of the devices from both networks to any other device from either network. It is also required to be able to view ROS topics on the master (in my case, the Intel NUC) from the other PCs (Jetson TX2, and ground control station).

Establishing the network described above seems like a straightforward task. However, it is not as easy as it seems. After a lot of trial and error, I am presenting one possible way of establishing this network. This may not be the best approach, but this is what worked out for me. One more note: the networking procedure described here is not specific to the hardware used. The same procedure can be followed on other hardware to achieve the desired functionality. 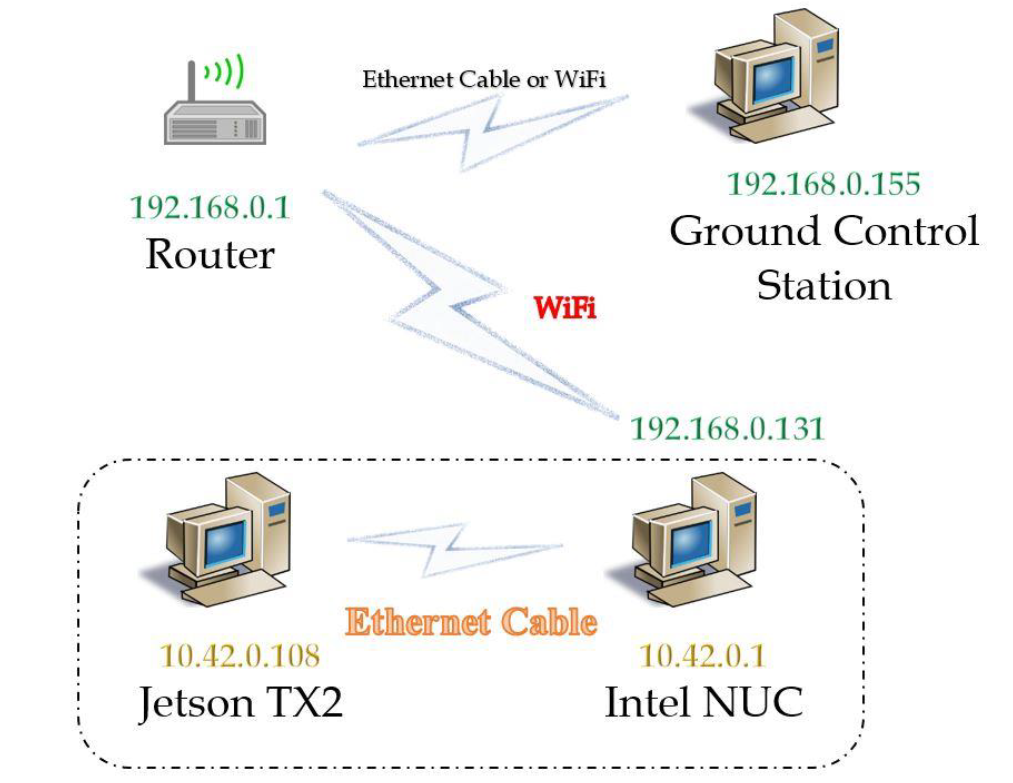 Connect Intel NUC and Jetson TX2 with an Ethernet cable. Make sure both PCs are on. Disable WiFi on Jetson TX2. Make sure Intel NUC is connected to the WiFi router. Try to ping Jetson TX2 from Intel NUC or vice versa. It fails. To make it work, follow the steps below: 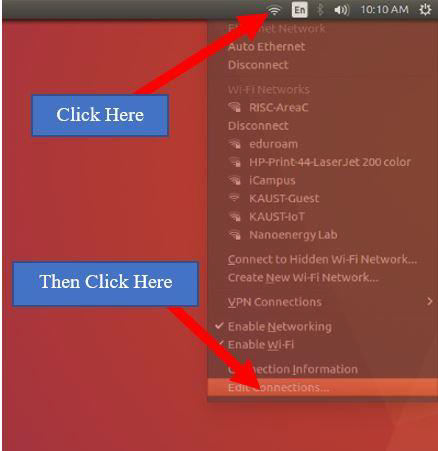 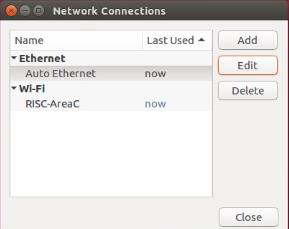 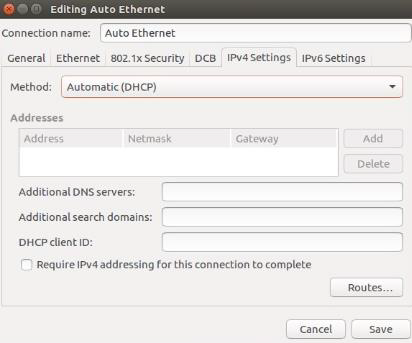 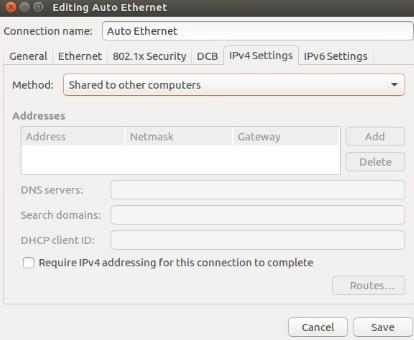 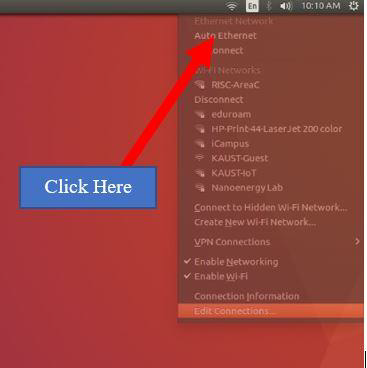 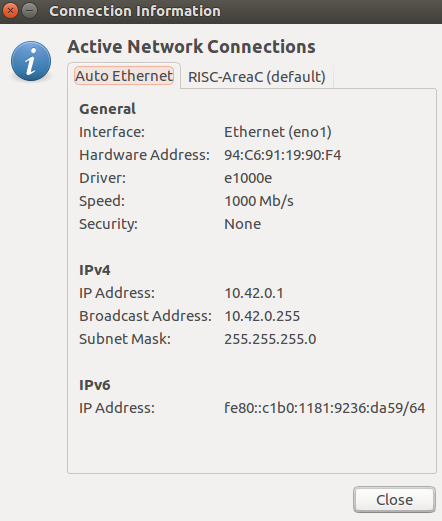 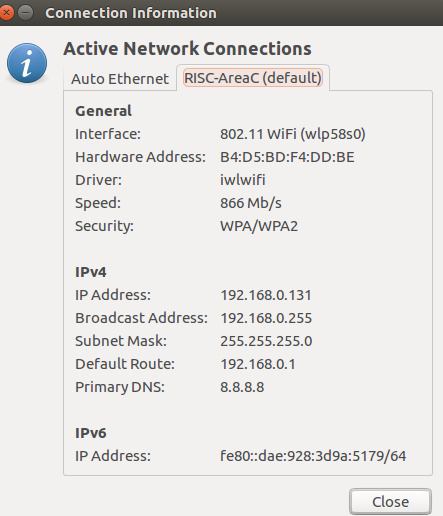 Following similar steps as described for Intel NUC, configure the Ethernet connection IPv4 to Automatic (DHCP). Verify that you have succeeded by pinging the Jetson TX2 from the Intel NUC, and the other way around. Also, if your WiFi router is connected to the Internet, then you will also be able to access the internet from Jetson TX2. See screenshot below: 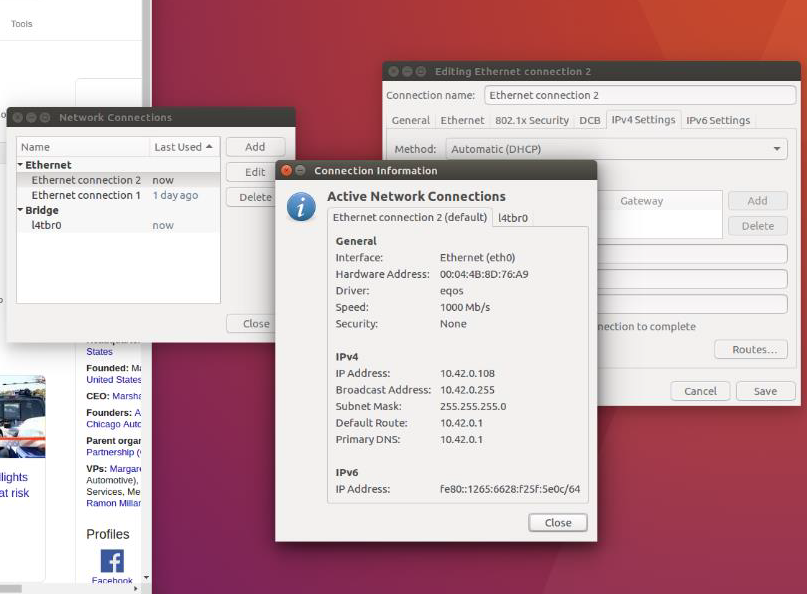 Adding a static route is not a permanent change. You will have to do this every time you reboot.

The figure below shows the routing table on the Ground Control Station. Check out the second entry. This was added by following step 1. The command route -n can be used to verify you have added the static route correctly. 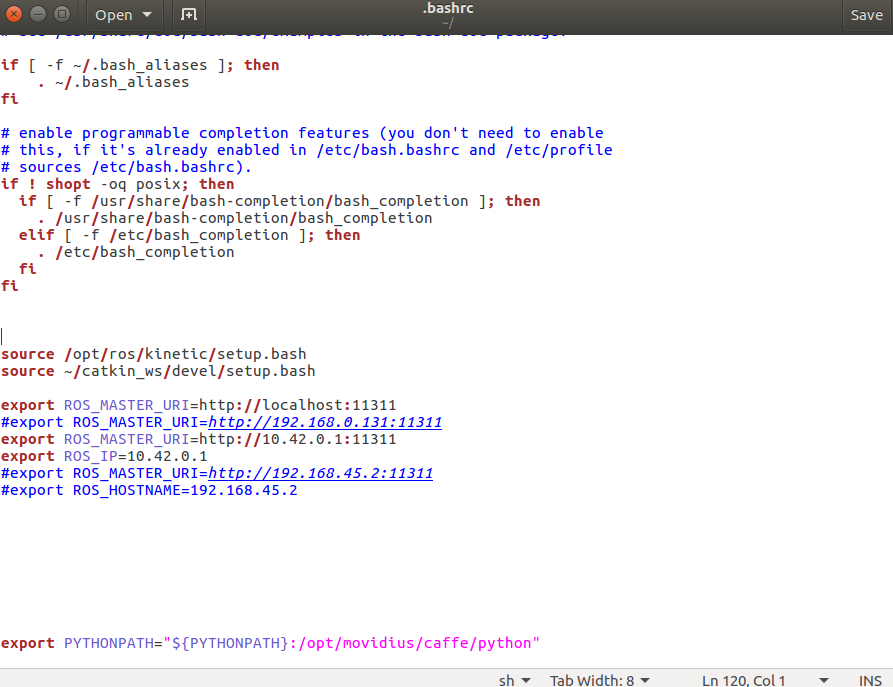 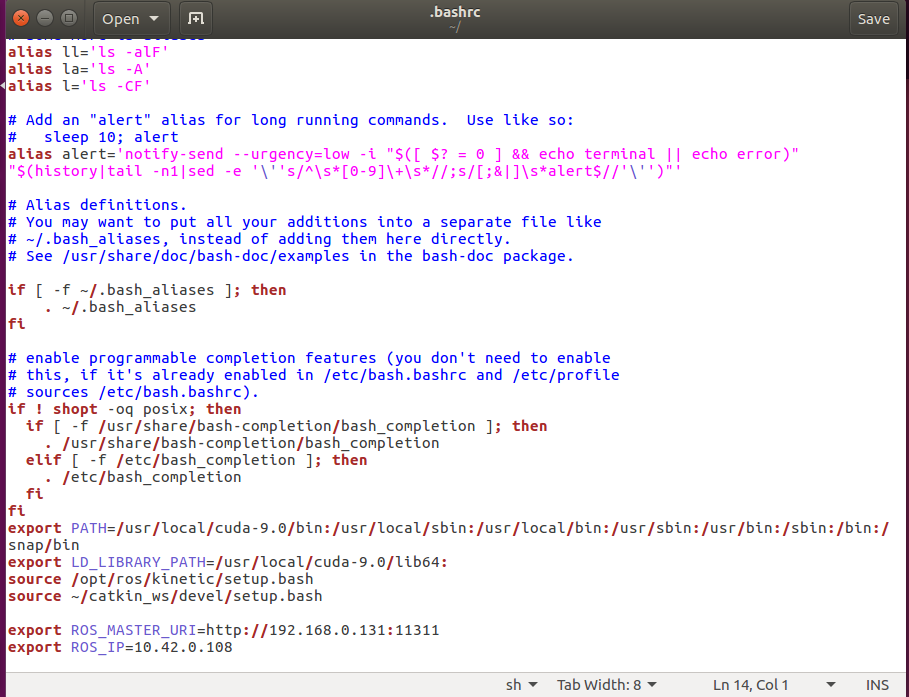 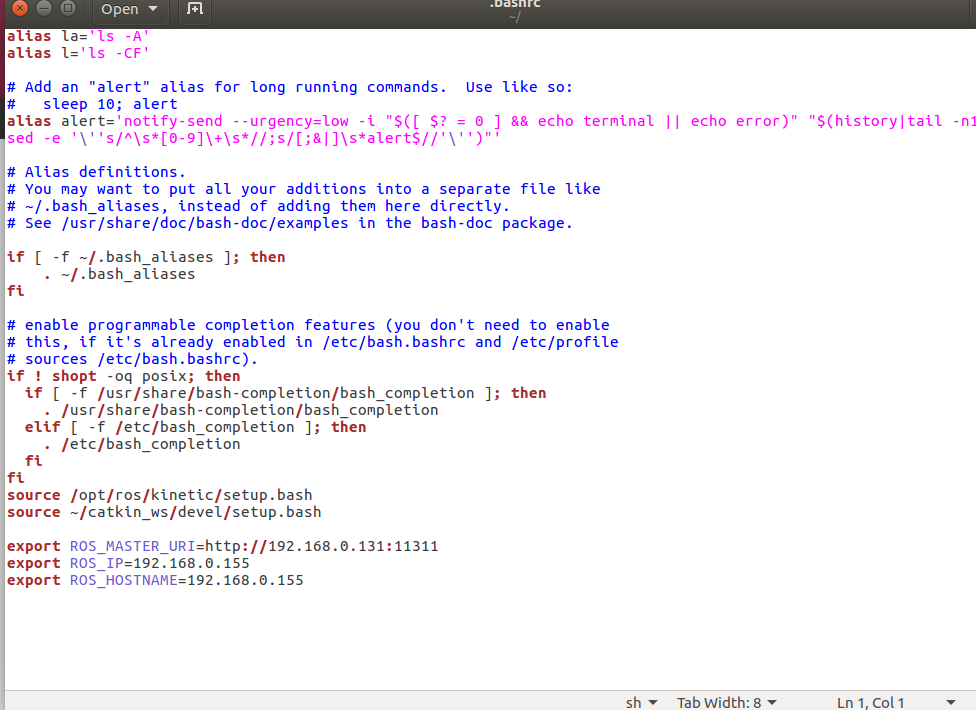 Don’t forget to source your .bashrc file after and if you edited it.

To verify that ROS communication is established, run anything on the ROS Master (Intel NUC) and see if you can list topics from other PCs. For example, run a ROS camera package, and try to view the video stream through rviz on other devices (Jetson TX2 and Ground Control Station). Note: currently, if you run a ROS package on Jetson TX2 (Not the ROS master), you will be able to view the topics from the Ground Control Station, but not their contents.

What if you want to launch a file from Ground Control Station, and you want to be able to select which machine to run this node. Look no more. The answer is here:

None of which I strictly followed. I just got inspiration from these references in establishing the network and in writing this document. Things got working by trial and error and luck.